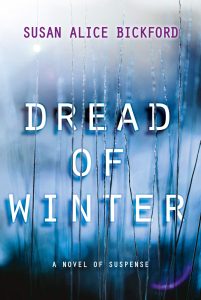 The remote town of Oriska, New York, hasn’t been home for Sydney Lucerno in thirteen years. She’s escaped the creeping addictions and long-simmering anger that are as much a part of the landscape as the bitter cold. But when she gets the call that her mother is dying, every secret and fear she left behind is waiting to welcome her back.

Two days later, her mother’s lover is dead too. And Sydney’s sworn to protect a half-sister she never knew she had, a prickly teenager named Maude, with an opiate habit and a bad-news family. But more lies and feuds are poised to spring from every once-familiar corner. The predators Sydney thought she’d escaped are threatening both her and Maude. To get free, Sydney will have to discover the truth about what happened when she left—and decide what should stay buried, deep in the unforgiving snow…

“There’s so much to love in Susan Bickford’s newest novel, Dread of Winter: a profound sense of place, the visceral evocation of a bitter winter’s cold, a dead-on depiction of the pit of despair that is the opioid epidemic, and language so beautiful on the page it’ll give you goosebumps. I’m a newcomer to Bickford’s work, but I’m putting her on my list of must-read authors. You should, too.”
—William Kent Krueger, New York Times bestselling author of This Tender Land

“Hard-edged, heartbreaking, and surprising, this compelling tale of sinister family secrets and continuing revenge will keep you turning the pages as fast as you can. Lisa Gardner meets Karen Slaughter—with the talented Susan Alice Bickford’s unique storytelling. A do or die battle for survival—Dread of Winter is harsh, cold, and utterly riveting.”
—Hank Phillippi Ryan, bestselling author of The Murder List

“Edge-of-your-seat suspense, set in a bitter landscape where  everyone assumes violence and drugs are a normal part of life—and that you have to risk everything to escape.”
—Terry Shames, author of the Samuel Craddock mystery series

“From the first page, Dread of Winter grabs onto you and refuses to let go. Like a tongue frozen to a metal pole in frigid January. A harrowing, frostbitten sleighride through Central New York’s most forbidding winter landscapes and drug-addled small-towns, this is a hard-driving, thrilling novel… Beautifully written in all its harsh coldness and murderous rage.”
—James Ziskin, author of the Ellie Stone mystery series

“The plot packs plenty of twists… Bickford is a writer to watch.”
—Publishers Weekly 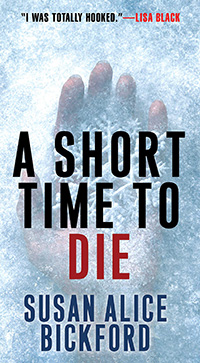 A Short Time to Die

In this electrifying debut by Susan Alice Bickford, two women from opposite sides of the country find their lives inextricably bound—by blood, by fear, and by a merciless, murderous revenge…

Walking home from a high school dance on a foggy autumn night in rural New York, Marly Shaw sees a flash of approaching headlights. A pickup truck stops and two men get out. One of them is the girl’s stepfather. She runs. They follow. Minutes later, gunshots are fired, two men are dead, and one terrified girl is running—for the rest of her life…

Vanessa and her partner, Jack Wong, head to the icy terrain of the Finger Lakes to uncover the secrets of a powerful family whose crimes are too horrifying to comprehend. Whose grip over a frightened community is too strong to break. And whose twisted ideas of blood and honor are a never-ending nightmare for the one family member who thought she got away…

Buy A Short Time To Die:

“Held me captive from the first page to the last.”
—Taylor Stevens, New York Times bestselling author of The Informationist

“I couldn’t have closed the cover if my life depended on it.”
—Lisa Black, New York Times bestselling author of the Gardiner and Renner Thrillers 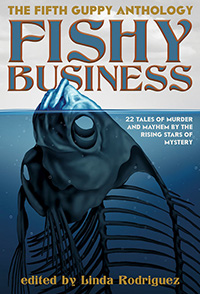 Featuring PAYOUT PAYBACK by Susan Alice Bickford.
Killer hooks and fishy characters will lure you into this fifth anthology from the Guppies Chapter of Sisters in Crime. This volume nets you twenty-two crafty capers featuring slippery eels, wily sharks, and hard-boiled crabs. From ultra-modern computer crimes to old-fashioned confidence tricks, these tales are sure to satisfy your appetite for great short mystery fiction. 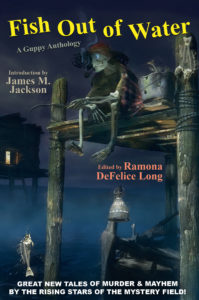 Fish Out of Water: A Guppy Anthology

DOPPELGANGERS by Susan Alice Bickford is included in Fish Out of Water, the fourth installment in the Guppy Anthology series. Fish Out of Water presents 22 mystery and suspense stories that will hook you and reel you in! These rising stars of the mystery field take you cruising through deep waters teeming with danger, thrills, and the unexpected. Features an introduction by James M. Jackson.

Buy Fish Out of Water: